Skip to main content
It looks like you're using Internet Explorer 11 or older. This website works best with modern browsers such as the latest versions of Chrome, Firefox, Safari, and Edge. If you continue with this browser, you may see unexpected results.

The local history collections held by the Archives & Special Collections at Fredonia concentrate primarily on the history of Chautauqua and Cattaraugus counties. Consisting largely of books, microforms, maps and atlases, photographs and several notable manuscript collections, the materials are intended to foster in our students an appreciation for the history and culture of this region by supporting curricular and scholarly needs.

With the support of a 2009 Regional Bibliographic Databases (RBDB) grant from the Western New York Library Resources Council (WNYLRC), the Archives and Special Collections digitized four historical atlases documenting Western New York, including the 1867 and 1885 Atlases of Chautauqua County (published by William Stewart and F.W. Beers, respectively), the 1869 Atlas of Cattaraugus County (D.G. Beers), and the 1866 Atlas of Wyoming and Genesee Counties (D.G. Beers). The digitized atlases can be found on the New York Heritage website and are freely accessible to the public.

For assistance with these or other local history materials, please complete the Archives Research Request form.

This section of the website is currently in progress. Please keep checking back for further updates. 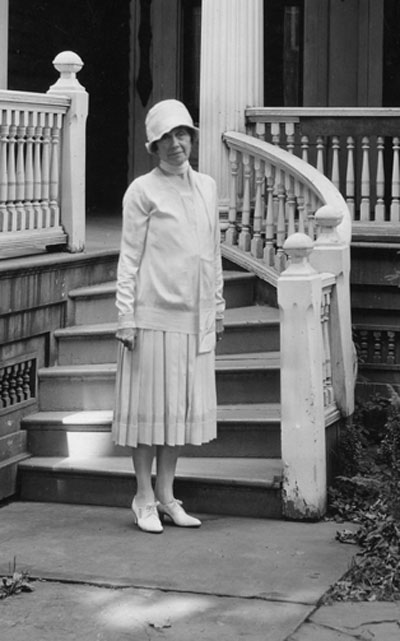 Grace Smith Richmond (1866-1959) was a prolific Fredonia-based author whose writing career spanned nearly 41 years (1891 to 1932), beginning with the publication of her first novel, The Indifference of Juliet, in 1905. Her most popular novels were the "Red Pepper Burns" series, which celebrated the values of family, marriage, duty and hard work, are considered to be based on largely autobiographical elements. Richmond's writing career effectively ended in 1932 when she suffered a nervous breakdown from which she never fully recovered, spending 3 years in institutions in Westchester and White Plains, NY and Connecticut before returning to Fredonia in 1936. The Grace S. Richmond Papers contain extensive personal and professional correspondence; manuscript and print versions of Richmond’s writings; family photographs and memorabilia; appointment books of Richmond’s husband, Dr. Nelson C. Richmond; original artwork by Herman Pfeifer for Richmond’s novel The Brown Study; and audio recordings, including interviews conducted by James Cummings in 1977 with Richmond’s daughter, Marjorie Richmond Sickels, and daughter-in-law, Janet Richmond, among others.

The Fredonia Baptist Church was originally established in 1818 as the First Baptist Society of Pomfret, N.Y. The history of the church includes significant involvement by some of its members in the Underground Railroad within the western New York region, as well as ties to the beginnings of the Women’s Christian Temperance Union (WCTU). Donated by the former Church Archivist, Wendy J. Woodbury Straight, the Fredonia Baptist Church Records include meeting minutes, correspondence, membership lists, registers, resolutions, bylaws, financial records, bulletins, newsletters, Sunday school materials and several published volumes documenting the history of the church and other area Baptist associations, dating from the early 1800s into the 20th century. Most of the records have been transcribed and are available online: http://chautauqua.nygenweb.net/CHURCH/FredoniaBapt/FBCArchives.html. 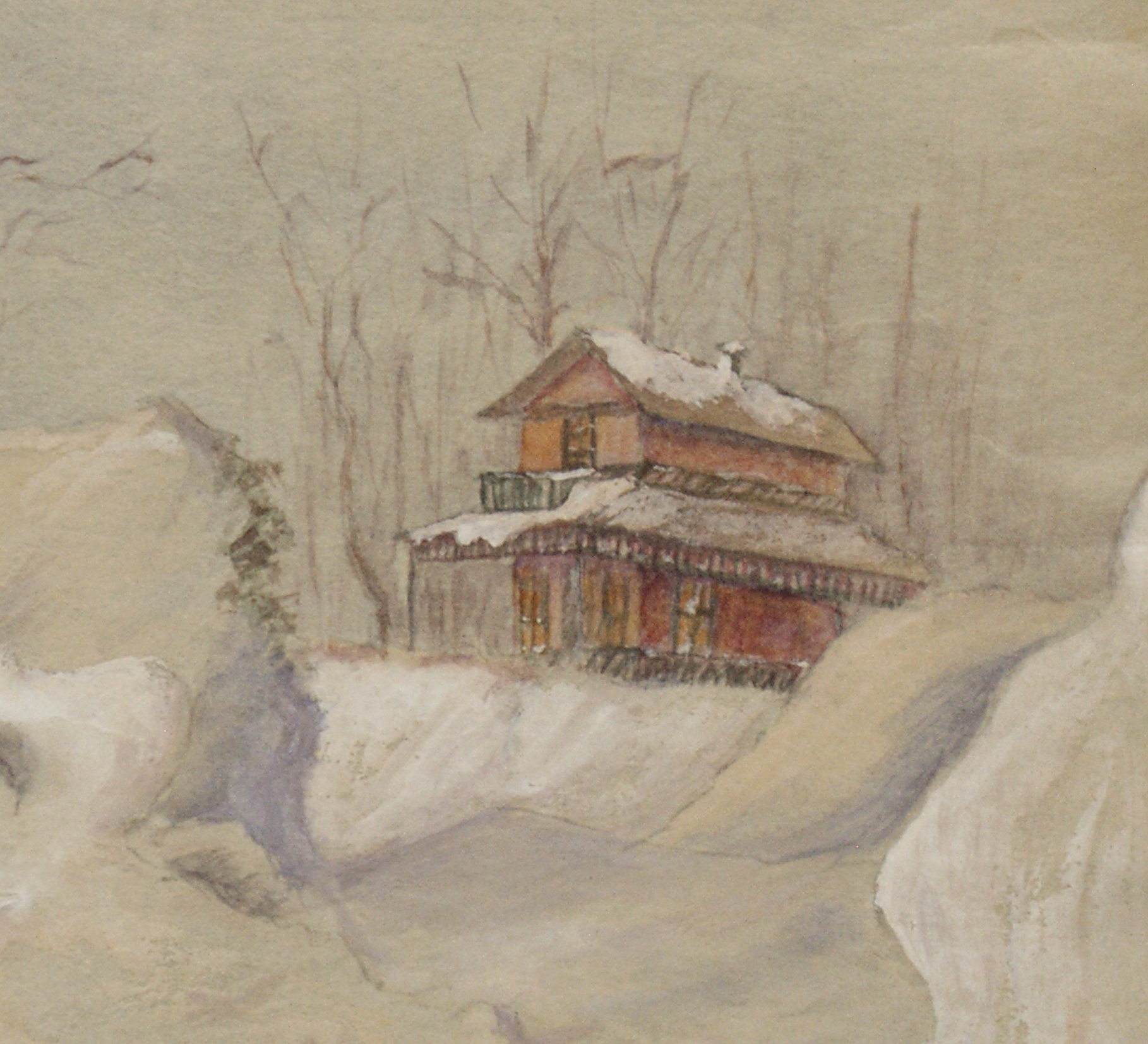 Anna Clift Smith (1878-1946) spent much of her life on Lake Erie. She traveled widely in the United States. Although she was not a native of the area, and left for several years to see the West, she loved the locale so much that she repeatedly found her way back to this sometimes wild, always beautiful, spot in Western New York. During a few months in the winter of 1904, Anna composed and illustrated a charming literary work that seems to be at times a letter, a diary, or even an adventure or romance. This handwritten manuscript, composed in colored pencil and accompanied by watercolor illustrations, is held in the Archives & Special Collections at Fredonia. Conveying the sometimes wistful, sometimes hale and hearty, world view of this paradoxical young woman, the work, Van Buren Life, is the account of Anna's daily experiences during a harsh winter on the Lake at the then tiny summer community of Van Buren Point.

As part of a digital humanities project, the work was digitized and can be viewed in its entirety here. Reed Library also holds copies of the physical book in its circulating collection.