Overview of the Stefan Zweig Collection 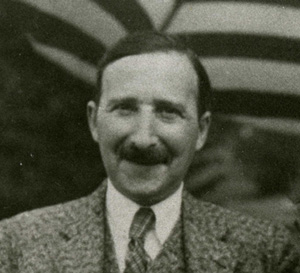 Stefan Zweig (1881-1942) was an Austrian author of Jewish descent whose prolific output has been translated into over fifty languages. Widely regarded in the literary community as a decidedly humanitarian thinker, by the 1920s he was one of the most published authors in the world. He left his native homeland in 1934 in part due to the rising Nazi threat, relocating first to England, then briefly to America. He finally settled in Pétropolis, Rio de Janeiro where, tragically, he ended his life alongside his second wife, Lotte (née Altmann), in 1942.

The Stefan Zweig Collection at Fredonia contains over 6,000 manuscript letters written to Zweig by over 300 eminent personalities (1900-1942). Notable correspondents include Martin Buber, Albert Schweitzer, Richard Strauss, Rainer Maria Rilke, Luigi Pirandello, Jules Romains, Joseph Roth, Frans Masereel and Virginia Woolf among others. In addition, the archive contains manuscript and typescript drafts for many of Zweig's works, including fiction, poetry, drama, essays, and historical and biographical studies. The collection constitutes one of the most significant holdings of Zweig manuscripts in the world.

Further materials include correspondence (approximately 2,000 letters) between the author and his first wife, Friderike Zweig (née Burger, formerly Winternitz); letters written to Friderike by other correspondents; a small collection of documents belonging to the author's brother, Alfred Zweig, including correspondence, memorabilia and photographs; and miscellaneous secondary sources and published material, including articles, theatre programs and reviews of Zweig's works.

The Archives & Special Collections library also holds a significant number of published works by and about Zweig, including biographies, translations and multilingual critical studies. 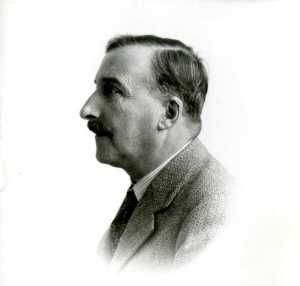 Researchers may also wish to consult the Stefan Zweig Bibliography wiki compiled and maintained by noted Zweig bibliographer Dr. Randolph J. Klawiter. The wiki continues Klawiter's print bibliography, the last addendum of which was published in 1999. This critical resource, described by Casa Stefan Zweig as the "bible" for Zweig scholarship, comprises a decades-long effort by Dr. Klawiter, who is also Professor Emeritus of the Department of German and Russian at the University of Notre Dame. Fredonia is honored to provide the online home for Dr. Klawiter's ongoing work. Read more about the history of the bibliography here.

The Reed Library Archives & Special Collections typically does not hold the intellectual property rights for the materials in its collections. The Archives & Special Collections assumes that all requests for reproductions are made within the guidelines of the U.S. Copyright Office Fair Use doctrine and are intended exclusively for research and educational purposes. As such, the Archives & Special Collections will assume no responsibility for any infringement of copyright on the part of the researcher. When seeking to use any reproductions for publication, it is the sole responsibility of the researcher to determine the copyright status of the materials and to contact the appropriate individual(s) in order to gain permission to publish. Please consult this table from Cornell University for more information on determining copyright status.

Requests for copies of materials in the Stefan Zweig Collection may be initiated by completion of the Reproduction Request Form. In accordance with good scholarly practice, we ask that researchers acknowledge the Archives & Special Collections as the holding institution for the original materials by using the following credit line:

Individuals or organizations who plan to publish or exhibit materials from the Stefan Zweig Collection must contact the Coordinator of Archives & Special Collections directly and complete the Intent to Publish Form. Permission is granted for one-time use only, regardless of published format.

Once you have submitted the required form/s, a staff member of the Archives & Special Collections will contact you via e-mail to confirm that we will be able to fulfill your request and to provide you with the total charges due. You may then submit your payment securely online using either VISA or MASTERCARD. Depending on the quantity of reproductions requested, processing may take approximately 1-3 weeks. Processing of orders will not begin until payment in full is received.

Requests are limited to 50 pages or images within a six-month period. Individual requests involving image or page count beyond 25 will be assessed an additional processing fee of $25 USD. Reproduction requests are assessed on a case-by-case basis and are dependent on available staff resources and the physical condition of items.

50 Years of Zweig at Fredonia

The Reed Library Archives & Special Collections welcomes your financial support of the Stefan Zweig Collection at Fredonia. Funding is critical to support ongoing preservation of the collection as well as continued efforts to enhance accessibility. To make an online donation, please visit Fredonia.edu/give and follow the instructions provided.

Thank you for helping to preserve this historic collection for current and future generations.